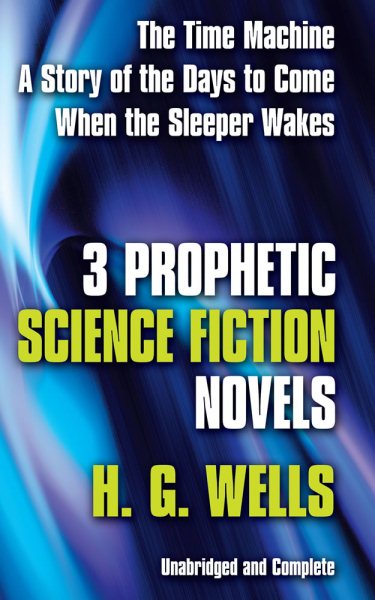 Three late-nineteenth-century novels--"When the sleeper wakes," "A story of the days to come," and "The time machine"--in which Wells expressed his ideas about the future of mankind Read More
Stages of a consistently planned future for mankind. When the Sleeper Wakes and A Story of the Days to Come anticipate Brave New World and 1984, in the 21st century; The Time Machine (full version) shows farther future and the end of mankind. All show Wells’s greatest gifts as storyteller and novelist. Edited by E. F. Bleiler. Read Less

in the days of the comet