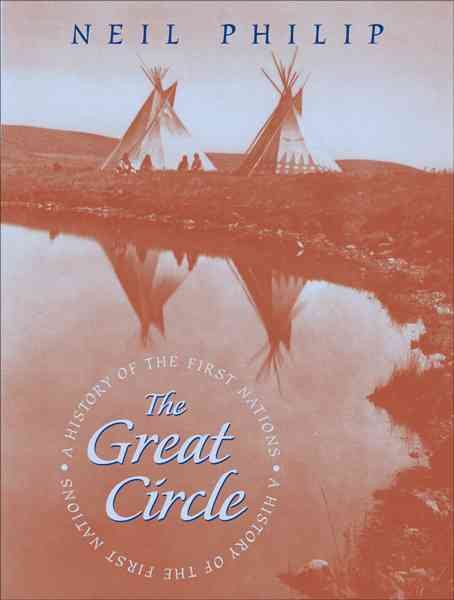 Explores the long history of the Native American tribes of North America, discussing their culture, their struggles against white immigrants, and the recent resurgence of their customs. Read More
The Lakota holy man Black Elk often used the image of a circle or hoop when he spoke of the history of his people, stating that “the power of the World always works in circles, and everything tries to be round.” This chronicle of the principal Indian tribes in North America echoes that vision. Folklorist Neil Philip examines the shared experience of many of the First Nations, from their separate existences before whites arrived, to their years of struggle and heartbreak, to the present-day resurgence of their cultures. The attitudes of Native American leaders toward land, society, and spiritual matters are contrasted with those of their white contemporaries; photographs, personal testimony, eyewitness detail, and excerpts from speeches by leaders—including Native American chiefs and holy men, and white politicians and military officers—document the resulting cycles of misunderstanding and conflict based on differing world views. Drawing on the records of both white Americans and First Nations peoples, Neil Philip has created a carefully researched, compact account of Native American history that focuses not only on past injustices but also on the positive outlook for the future. Source notes, bibliography, index. Read Less

Goodreads reviews for The Great Circle: A History of the First Nations

A New Treasury of Poetry

Myths & Legends: The World's Most Enduring Myths and Legends...