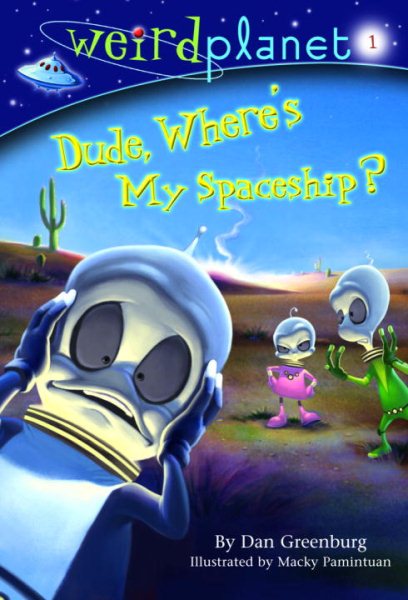 When their spaceship crash lands on Earth, Ploo is captured by the Army and taken to the mysterious Area 51. While her brothers, Lek and Klatu, try to rescue her, Ploo uses her ESP to make a new friend. Read More
Klatu is such a varna! He crashed the spaceship into planet Earth with his brother Lek and sister Ploo onboard. Stuck in the middle of the Nevada desert with nowhere to run, Ploo is captured by army Earthlings who think that she is an enemy of humankind. Can Klatu and Lek to rescue Ploo from the terrifying Major Paine? Or will Ploo be held prisoner in Area 51 forever? Read Less

Goodreads reviews for Dude, Where's My Spaceship? (Weird Planet, No. 1)

The Magic Mirror: A Branches Book (Once Upon a Fairy Tale #1...