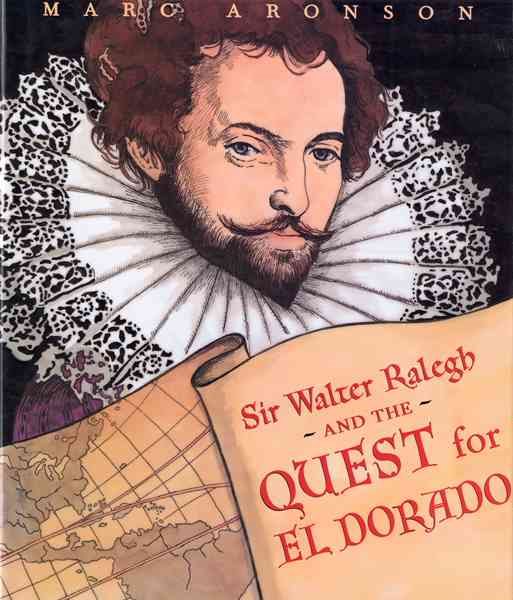 Recounts the adventurous life of the English explorer and courtier who spelled his name "Ralegh" and led many expeditions to the New World. Read More
In this extraordinarily well researched and insightful biography, Marc Aronson explores the amazing accomplishments and dismal failures of one of the most flamboyant figures of the Elizabethan age. Best remembered for laying his coat in a muddy puddle so that Queen Elizabeth I could walk across it, Sir Walter Ralegh committed himself to pleasing his monarch and obtaining power in her court. He heroically risked his life in battle time and again, chasing after glory to win her favor. His notoriously ill-fated quest for the mythological golden city of El Dorado was perhaps his grandest attempt, but it also was his undoing, and Ralegh ultimately paid for his mistakes with his life. Despite his shortcomings, he was not only charismatic and brave, he was brilliant as well, and his contributions to the New World and to western culture as a whole were vast and enduring. MAPS, ENDNOTES and BIBLIOGRAPHY, TIMELINE, INDEX. Read Less

For Boys Only: The Biggest, Baddest Book Ever