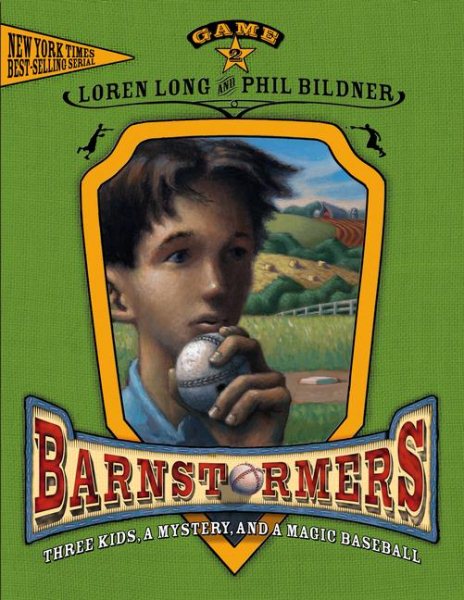 In 1899, after losing their first game, the Travelin' Nine arrive in Louisville, Kentucky, where Griffith, Ruby, and Graham use the magical baseball again only to have race horses appear on the baseball field. Read More
The year is 1899, and the Travelin' Nine are crisscrossing the good ol' U.S. of A., raising money to pay off the Payne family's big-league debt!As the team heads into the River City, Griffith is beginning to realize that there's more at risk than meets the eye, something beyond the need to raise money -- something involving the ball that could put his entire family in danger.Ruby is eager to help solve the mystery of the ball and plans on keeping her eyes and ears wide open and writing everything down. She knows the answer is out there. All she has to do is see the things that others don't. And figure out what those things mean.Then there's Graham, who usually only thinks about how to get more time on the baseball field. Even he's beginning to notice that there are strange and shady characters at just about every turn.Finally there's the Chancellor, one of the wealthiest and greediest businessmen in the entire world. And it looks like he's got his eye on the ball! Read Less

A Whole New Ballgame: A Rip and Red Book (Rip and Red, 1)

Magic in the Outfield (Sluggers #1)