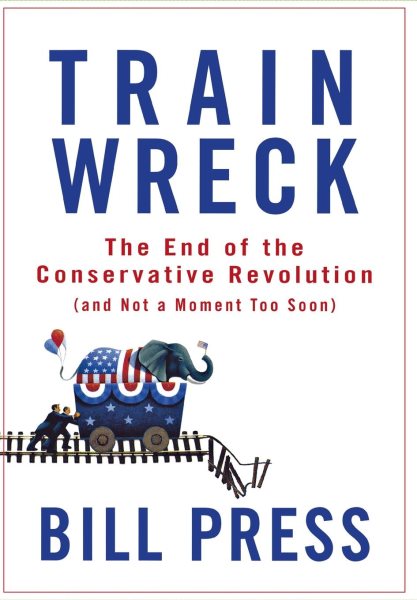 A news commentator explains how the conservative movement went awry and traces its rise and fall from Robert Taft and Ronald Reagan to George W. Bush, looking at the budget deficits, spending overruns, and corruption that has resulted from its missteps. Read More
Political columnist and radio host Press declares the modern conservative movement, which began with Robert Taft's opposition to the New Deal, a failed corpse. They failed, he declares, not by his own liberal standards, but by their own alleged governing principles. He details these failures, showing how conservatives from Reagan to the second Bush have violated their own professed principles when it comes to the environment, restoring honor and dignity to government, making Americans safer, avoiding foreign entanglements, cutting governmental waste and fraud, maintaining fiscal responsibility, and shrinking the size and power of the federal government. Annotation ©2008 Book News, Inc., Portland, OR (booknews.com) Read Less

Goodreads reviews for Trainwreck: The End of the Conservative Revolution (and Not a Moment Too Soon)

The Obama Hate Machine: The Lies, Distortions, and Personal...