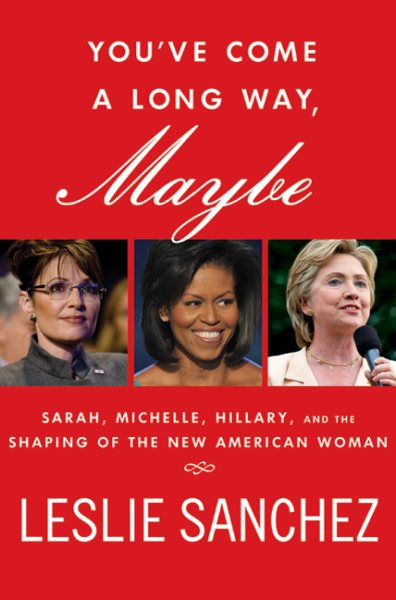 Examines trends that have shaped media and public opinions of women in politics to challenge cultural and political myths, focusing on how the achievements of Clinton, Obama, and Palin are breaking new paths for women. Read More
Leslie Sanchez -- strategist, writer and political seer -- spent much of 2008 as an analyst on CNN, examining, investigating and deciphering the historic moment for women and politics that was the presidential election. And what she sees in the future is a landscape changed drastically for women the world over and their expectations. In You've Come a Long Way, Maybe, she debunks the cultural and political myths surrounding women, and looks at the wide range of reactions Hillary, Michelle and Sarah provoked from the small towns to the big city salons to the Sunday talk shows. She pays special attention to those most active and most examined during the election: the disappointed Hillary supporters, the rabid Sarah Palin fans, and everyone else wondering about the role of the new First Lady. Along the way, Leslie takes a hard look at what the election will mean for women now and in the future, and also at what leaders might emerge in 2012, and beyond. Read Less

Goodreads reviews for You've Come a Long Way, Maybe: Sarah, Michelle, Hillary, and the Shaping of the New American Woman

A Superguide to Cats