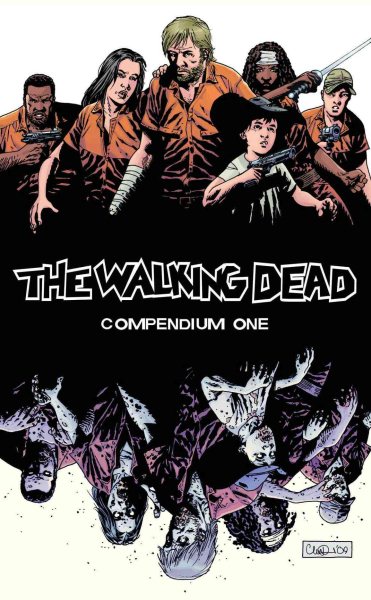 Follows police officer Rick Grimes and a few human survivors as they battle hordes of decomposing zombies. Read More
Introducing the first eight volumes of the fan-favorite, New York TimesBest Seller series collected into one massive paperback collection! Collects TheWalking Dead #1-48. This is the perfect collection for any fan of the EmmyAward-winning television series on AMC: over one thousand pages chronicling thebeginning of Robert Kirkman's Eisner Award-winning continuing story of survivalhorror- from Rick Grimes' waking up alone in a hospital, to him and his familyseeking solace on Hershel's farm, and the controversial introduction of Woodburydespot: The Governor. In a world ruled by the dead, we are finally forced tofinally start living. Read Less

Goodreads reviews for The Walking Dead: Compendium One

Fear Agent Volume 6: Out of Step