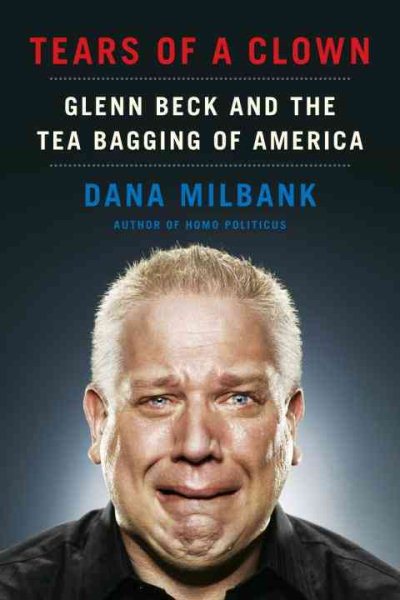 A critical assessment of the rise of Fox News host Glenn Beck considers how he reflects modern political culture, arguing that Beck's penchant for discrediting, emotionally-charged right-wing spins on otherwise illegitimate topics have gained him popularity as an anti-government conservative. Read More
Washington Post Columnist Dana Milbank Presents A Fair And Balanced Look At Multimillionaire Real American Glenn Beck.Thomas Jefferson famously wrote that "the tree of Liberty must be refreshed from time to time with the blood of patriots and tyrants. It is its natural manure." In America in 2010, Glenn Beck provides the very refreshment Jefferson had in mind: Opinions may diverge on whether he's the patriot or the tyrant, but he's definitely full of manure.The wildly popular Fox News host who boasts 3 million daily viewers perfectly captures the vitriol of our time and the fact-free state of our political culture. The secret to his success is his willingness to traffic in the fringe conspiracies and Internet hearsay that other Fox News hosts wouldn't go near: death panels, government health insurance for dogs, FEMA concentration camps, an Obama security force akin to Hitler's SS. He also seems to believe that Woodrow Wilson was the most evil man who ever lived. By his own admission he's "basically a rodeo clown just trying to entertain you every night"ùthe kind of clown who compares the people he disagrees with to Marxists and Nazis and seeds his diatribes with violent rhetoric, that is.Infuriating though he may be, Beck himself is a fascinating character. There is nothing in his background that identifies him as an ideologue, giving rise to the speculation that his right-wing shtick is just thatùthe act of a brilliant showman, known for both his over-the-top daily outrages and for weeping uncontrollably on the air. What's so terrifying is that formerly responsible politicians are falling all over themselves to pay him homage.Milbankùarmed with nothing more than the truth and a lacerating witùdescribes how the former shock jock has managed to become the most recognizable leader of anti-government conservatives, rips apart Beck's own chalkboard conspiracy theories, and in doing so exposes him as the "regular schmo" who is single-handedly giving patriotism a bad name. Read Less

Goodreads reviews for Tears of a Clown: Glenn Beck and the Tea Bagging of America

Smash Mouth: Two Years In The Gutter With Al Gore And George...