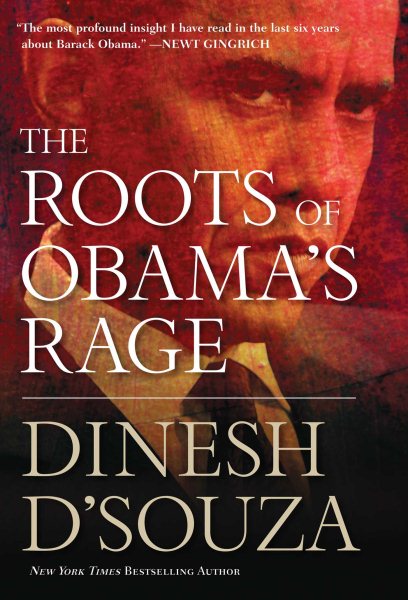 Argues that President Obama is driven by a deeply hostile anti-colonialism inherited from his father, describing how this mindset influences his policies to make America weaker and reduce its wealth and influence in the world. Read More
“Stunning...the most profound insight I have read in the last six years about Barack Obama.” —NEWT GINGRICH The Roots of Obama’s Rage reveals Obama for who he really is: a man driven by the anti-colonial ideology of his father and the first American president to actually seek to reduce America's strength, influence, and standard of living. Controversial and compelling, The Roots of Obama’s Rage is poised to be the one book that truly defines Obama and his presidency. Read Less

Goodreads reviews for The Roots of Obama's Rage

America: Imagine The World Without Her [DVD + Digital]

United States of Socialism: Who's Behind It. Why It's Evil....

The Big Lie: Exposing the Nazi Roots of the American Left