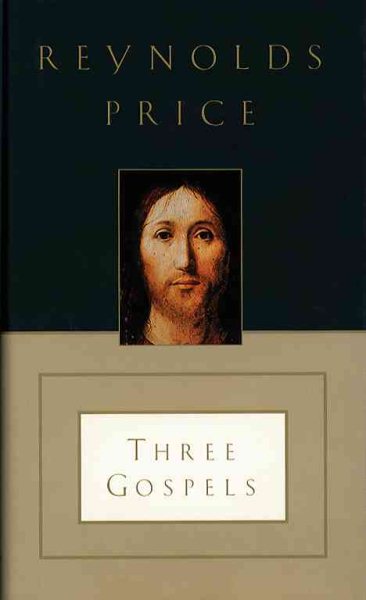 Offers new translations of the Gospels of Mark and John, based on the Greek originals, and introduces the author's own modern gospel, "An Honest Account of a Memorable Life" Read More
A decade after he published his famous first novel, A Long and Happy Life, Reynolds Price began a serious study of the Hebrew and Greek narratives which combine to form that crucial document of Western civilization we call the Bible. Since early childhood, Price had known Bible stories of patriarchs, kings, prophets, and the boldly assertive women of Ancient Israel, as well as the four-fold gospel story of the life of Jesus -- another Jew whose career has exerted immense fascination on subsequent history. In Price's early middle age, however, he felt compelled to go further than simple reading; he began to investigate the rudiments of the Bible stories as deeply as possible. He focused on the Hebrew and Greek originals that are unquestionably the most discussed and annotated texts with the close assistance of other literal versions and of numerous scholarly commentaries, old and modern. He was likewise encouraged and helped by frequent discussions with distinguished scholar-colleagues at Duke University, where he has taught since 1958. As the work continued over several years, Price expanded his translation attempts into the Greek New Testament. And soon he had begun an informal navigation of the shoals of Koine Greek -- that common Mediterranean dialect in which a good deal of the business of the Roman empire was conducted and in which the gospels and all other books of the New Testament were written. Gradually, his translations of separate incidents from the four gospels evolved into a literal translation of the whole of the oldest gospel, Mark. His first version of Mark appeared, along with other translations from the Old and New Testaments, in A Palpable God (Atheneum, 1978). The book met with a wide and favorable reception from scholars, writers, and critics. Price's studies have expanded steadily in the intervening decades; and in recent years he has worked at both a revised version of his early translation of Mark and an entirely new literal version of the Gospel of John (John is the lastpublished gospel and almost surely the one that comes, at its core, from an eyewitness of the life of Jesus). To his new translations, Price has added extensive prefaces, which he hopes will be of interest to scholars and casual readers alike. The prefaces are the result not only of his own work as a translator and his discussions with New Testament scholars of more than twenty years reading in textual exegesis, in the life of the first-century Roman world (including the immensely complicated realities of Roman Palestine), but also in consideration of thewidespread and ongoing attempt to reconsider the historical bases of our knowledge of Jesus. Finally, after twice teaching a semester-long seminar on the gospels of Mark and John at Duke University, Price has written a gospel of his own. The new gospel, which he calls "apocryphal" in a non-canonical sense, makes a fresh attempt at a compact narrative of the life and work of Jesus. Yet it is an attempt grounded meticulously in the earliest available historic, biographical, and theological evidence. In a third and final preface, Price describes the motive for writing a gospel of his own. In brief, his new gospel (like the whole of Three Gospels) aims to render the highest possible contemporaryjustice to a life lived two thousand years ago, a life presented in -- and, to a startling extent, still recoverable from -- documents that have proved the most influential in Western history. Read Less