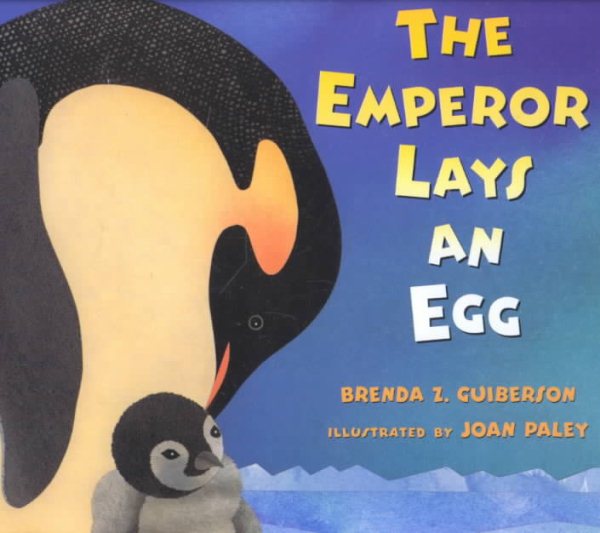 Chronicles the miracle of survival of an emperor penguin egg, laid in the middle of winter in the coldest place on Earth, describing the behavior of the father emperor penguin whose task it is to care for the egg until it hatches. Read More
Follow as a penguin grows from egg to adulthood in the coldest place on earth.In the middle of winter, in the coldest place on earth, the mother emperor penguin lays her egg. The father rolls the egg onto his feet and keeps it warm. He doesn't eat or even move for two whole months. Finally the egg hatches.The penguin chick is a tiny ball of gray fluff. The parents have to work hard to get enough food for their baby. The hungry father travels to the ocean to fish.When the short summer comes to Antarctica, the chick grows a shiny coat of black and white feathers. Now it can take its first swim. And the parents fatten themselves up for winter, the long icy season when the emperor penguin lays its egg.Stunning collages of handpainted paper and clear, evocative text capture the beauty and drama of the icy Antarctic world and one of its most fascinating and endearing inhabitants. Read Less

Goodreads reviews for The Emperor Lays an Egg

The Emperor Lays an Egg