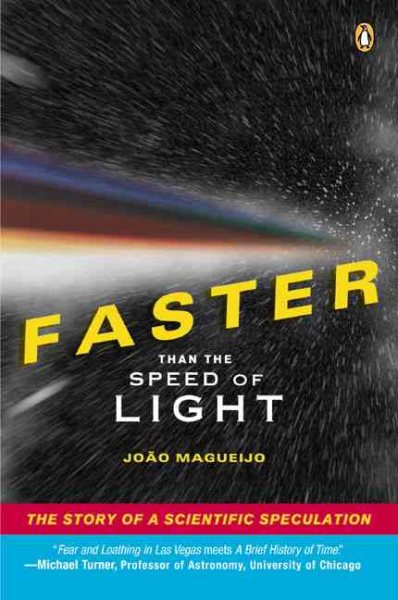 A theoretical physicist challenges Einstein's Theory of Special Relativity with a new theory on the varying speed of light that suggests that light traveled faster in the early universe than it does today, explaining how key problems in cosmology are solved by VSL theory. Reprint. Read More
Say the word "light" in the context of physics, and most of us repeat the mantra: Nothing travels faster than the speed of light. Indeed, nothing does. But light is thought to have another amazing property, which Einstein enshrined in his theory of special relativity. Light travels at one speed and one speed only; it is one of nature's constants. This idea is considered sacred, and it's one of the foundations of modern physics. But what if it's wrong? Read Less

Goodreads reviews for Faster Than the Speed of Light: The Story of a Scientific Speculation

Faster Than the Speed of Light: The Story of a Scientific Sp...

Fairy Folk in Story and Song

The Path to Power