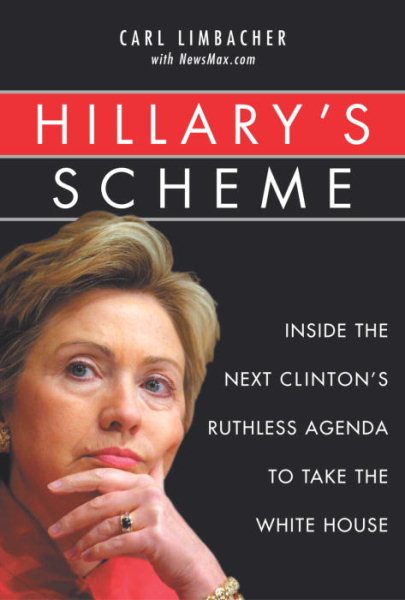 A conservative journalist provides a behind-the-scenes look at the political career of Hillary Clinton, discussing the political ambitions of the New York senator and her ultimate goal to become president of the United States. Read More
Hillary's Scheme confirms the worst fear of tens of millions of Americans: that Hillary Clinton indeed plans to run for president within the next few years. This explosive, behind-the-scenes book by investigative journalist Carl Limbacher blows the lid off the New York senator's plans for a grand political coup, something she has been carefully and quietly plotting far more than 20 years. Limbacher conducted extensive interviews with Clinton insiders - and even questioned Hillary herself - to bring you the real story. What he uncovers are the truly juicy morsels, the backroom deals, and the insider wrangling around Hillary's presidential ambitions that aren't being reported in the mainstream press. If you love to hate Hillary or are just curious about one of America's most controversial figures, there's plenty in this book to get your blood boiling. Read Less

Goodreads reviews for Hillary's Scheme: Inside the Next Clinton's Ruthless Agenda to Take the White House

The Opposite of Fate: Memories of a Writing Life