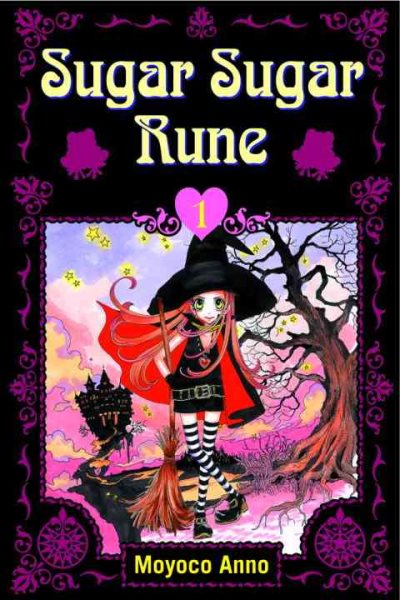 When Vanilla and Chocolat, two witches who are best friends, both want to be Queen of the Magic World, they decide to settle the title by going to Earth and see who can attract more boys to claim victory. Read More
QUEEN OF HEARTSLittle witch-girls Chocolat and Vanilla are best friends, but only one of them can be Queen of the Magic World. To determine who deserves the title, they must go to the Human World and enter a strange competition. Whoever attracts the most human boys . . . wins!Here’s how it works: When a boy falls for a witch-girl, she utters a few mystic words and the boy’s heart will be hers in jewel-like form. It may sound simple, but winning hearts is tricky business. While Chocolat had no problem enticing witch-boys with her forthright personality, human boys seem to be drawn to shy and modest girls like Vanilla. And to make matters worse, Chocolat is finding herself increasingly drawn to the cool and mysterious Pierre–who feels nothing for her! The girls had planned to be best friends forever, but both of them want to be Queen. Will their rivalry ruin their friendship? Read Less