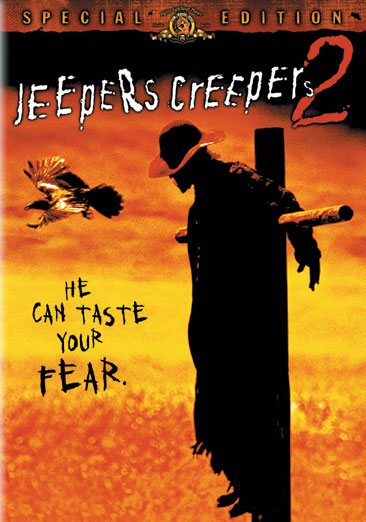 A stranded school bus of high school students are terrorized by an ancient creature. Read More
The prehistoric winged slime ball is back for an all-you-can-eat binge before hibernating for another 23 years. His first victim is local farm boy Billy Taggert (Fleming), whose shocked father Jack (Wise) watches, uncomprehending, as his son disappears amidst violently rustling corn husks. Taggert scours the surrounding area for clues, but the Creeper (Breck) has moved onto its next target: a school bus full of basketball players. When the bus breaks down on the highway, the Creeper pounces, employing supernatural olfactory powers to sniff out the morsels that suit his rather finicky tastes. Token nerd Bucky (Brown) gets a radio signal to Taggert who is now hellbent on revenge and is carrying the one weapon that may be a match for the Creeper. Read Less

Alvin and the Chipmunks: Chipwrecked