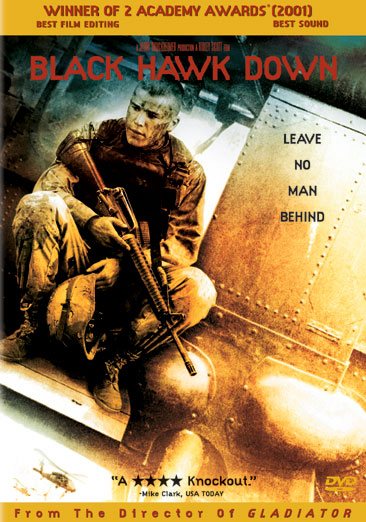 When Army Rangers are dropped into Mogadishu to capture top lieutenants of a Somalian warlord, a brutal firefight ensues with hundreds of Somali gunmen and two of the Army's Black Hawks are destroyed, testing the courage and strength of the Rangers. Read More
With exacting detail, the film re-creates the American siege of the Somalian city of Mogadishu in October 1993, when a 45-minute mission turned into a 16-hour ordeal of bloody urban warfare. Helicopter-borne U.S. Rangers were assigned to capture key lieutenants of Somali warlord Muhammad Farrah Aidid, but when two Black Hawk choppers were felled by rocket-propelled grenades, the U.S. soldiers were forced to fend for themselves in the battle-torn streets of Mogadishu, attacked from all sides by armed Aidid supporters. Read Less