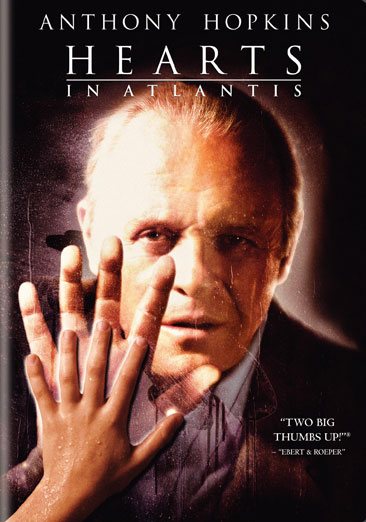 Bobby befriends a new lodger in the boarding house where he lives and learns that he has strange powers and is being hunted by people called the lowmen. Read More
Based on the Stephen King bestseller, Hearts in Atlantis tells the wonderful story of an 11-year-old boy who discovers a courage and self-reliance he didn't know he had when he tries to help a friendly boarder (Anthony Hopkins) with unique powers elude equally mysterious agents pursing him. The DVD contains feature-length commentary from director Scott Hicks, interview with Hopkins, stills gallery, Dolby Digital 5.1 Surround Sound, widescreen, theatrical trailer, and more. Read Less

The Mask of Zorro (Deluxe Edition)