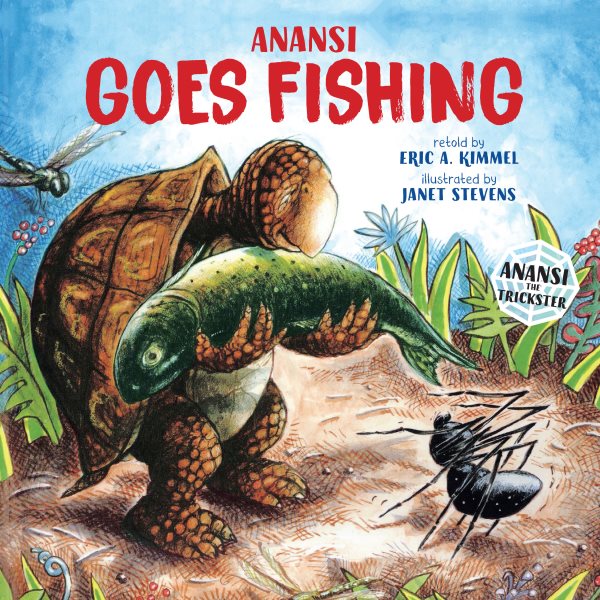 Anansi the spider plans to trick Turtle into catching a fish for his dinner, but Turtle proves to be smarter and ends up with a free meal, in a tale that explains the origin of spider webs Read More
Anansi the Spider likes to eat fish but is much too lazy to catch one himself—so he decides to trick Turtle into catching one for him. When Anansi asks Turtle to teach him how to catch fish, Anansi thinks tricking Turtle into doing all the work for him will be easy. But Turtle is not as easily fooled as Anansi thought. Young readers will light in Janet Steven’s bright and lively illustrations and laugh watching Anansi’s plan backfire. Based on tales originating in West Africa and familiar in Caribbean culture, the five-book Anansi the Trickster series is full of slapstick humor and mischief. Eric A. Kimmel's imaginative energy combined with Janet Steven' expressive illustrations create the perfect silly stories for fun-loving kids. Read Less

Anansi and the Moss-Covered Rock (Anansi the Trickster)

Anansi and the Talking Melon (Anansi the Trickster)