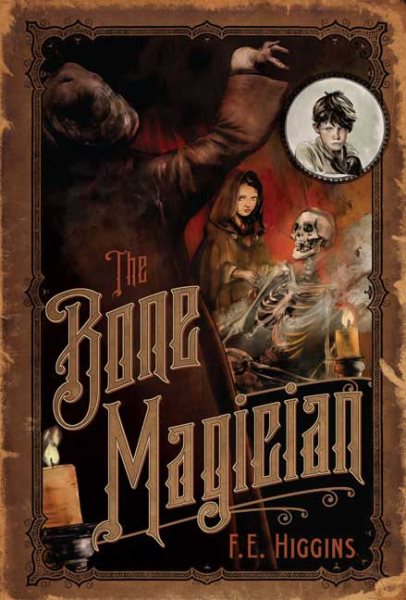 A boy’s quest to uncover the truth about how a “bone magician” raises the dead puts his own life in peril and embroils him in a dark mystery. Read More
Pin Carpue is on his own in the world. His mother is dead and his father is missing after being labeled a suspect in a rash of murders. Pin finds a job working for the local undertaker as a body watcher, making sure people are really dead before they’re buried. The body he’s supposed to be watching tonight is currently surrounded by three people engaged in a most unusual ceremony. An old man, a bone magician, and his young female assistant are waking a woman so her grieving fiancé can have one last goodbye with her. Pin can’t believe it will work, but then the dead woman sits up and speaks.Pin is determined to discover how the magic works. He cannot believe they are raising the dead. He cannot believe his father is a murderer. Then Pin himself nearly becomes the killer’s next victim.As this mysterious tale unfolds with delicious creepiness, Pin will learn more about the bone magician, the girl Juno, and a hideous creature called the Gluttonous Beast that is kept in a local tavern where people pay for a glimpse.Once again, F.E. Higgins delivers a story that is full of intrigue and suspense. Read Less

Goodreads reviews for The Bone Magician

The Black Book of Secrets

The Black Book of Secrets