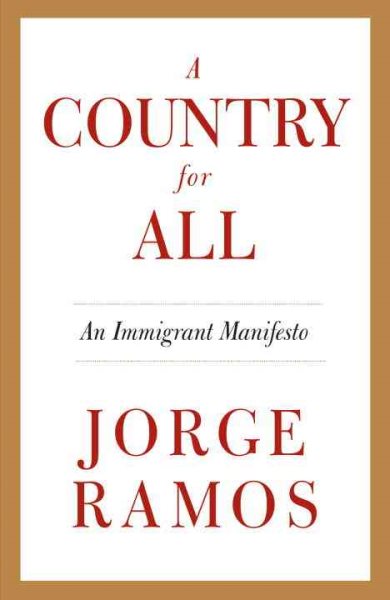 Describes the United States as a country divided between citizens or legal residents and undocumented immigrants; discusses the growing Hispanic population and its increasing role in government; and argues for immigration reform. Read More
For decades, fixing the United States’ broken immigration system has been one of the most urgent challenges facing our country, and time and time again, politicians have passed the buck. With anti-immigrant sentiment rising around the country, as evidenced by the passage of a controversial new law in Arizona, it is now more important than ever to remember the role immigrants play in enriching our economy and culture, and to find a way to incorporate the millions of productive, law-abiding workers who have been drawn to the United States by the inexorable pull of freedom and economic opportunity. No longer should they be forced to work in the shadows, with no hope for equal rights as American citizens.In this timely book, award-winning journalist Jorge Ramos makes the case for a practical and politically achievable solution to this emotional issue. Ramos argues that we have a simple choice: to take a pragmatic approach that deals with the reality of immigration, or to continue a cruel and capricious system that doesn’t work, wastes billions of dollars, and which stands in direct opposition to our national principles. Read Less

Goodreads reviews for A Country for All: An Immigrant Manifesto (Vintage)

Stranger: The Challenge of a Latino Immigrant in the Trump E...

The Other Face of America: Chronicles of the Immigrants Shap...