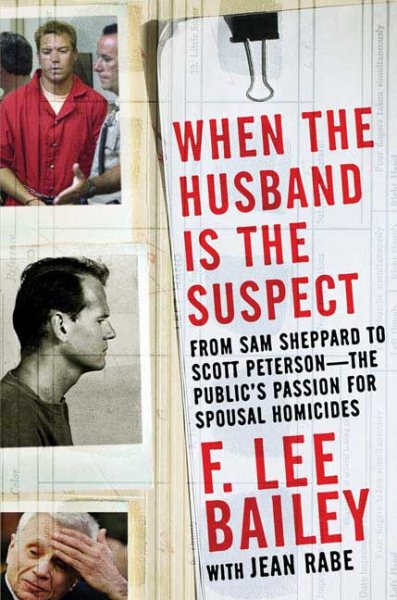 An overview of some of America's most notorious cases of spousal homicides profiles Sam Sheppard, Claus von Bulow, Robert Blake, Brad Cunningham, O.J. Simpson, Jeffrey McDonald, and others accused of killing their wives. Read More
From the bestselling author of The Defense Never Rests, a look at the modern spate of spousal homicides. This book provides an overview of several of the most famous homicidal husband cases of recent years, including:- Sam Sheppard, who inspired the TV series and movie The Fugitive- Jeffrey McDonald, who became the subject of the bestseller Fatal Vision- Mister Perfect, Brad Cunningham, who was convicted of bludgeoning his wife to death- Michael Peterson, who was the subject of the IFC documentary series The Staircase and a Lifetime movie original starring Treat Williams- OJ Simpson, whose dream team of lawyers defended the former pro-football player and movie star of the brutal murder of his ex-wife as the entire nation watched- Claus von Bulow, immortalized in the book and movie Reversal of Fortune - Robert Blake, former TV star, who was suspected of engineering the death of his conwoman wife- Scott Peterson, a philandering sociopathic husband who almost escaped arrest for the murder of his wife and unborn child.- Lambert "Bart" Knol, who claimed he suffered from "substance-induced persistent amnesia" when he was accused of killing his wife of 38 years These cases and others are presented in an objective manner by a knowledgeable voice that recognizes that suspicion, and sometimes even conviction, are not always synonymous with guilt. Read Less

Goodreads reviews for When the Husband is the Suspect

A Taste of Magic

The Day of the Tempest (Dragonlance)