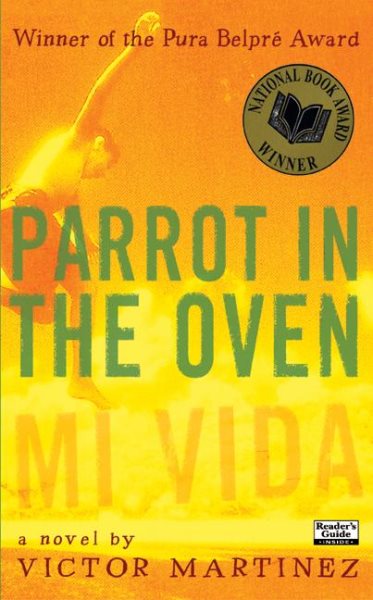 Manny relates his coming of age experiences as a member of a poor Mexican American family in which the alcoholic father only adds to everyone's struggle Read More
Dad believed people were like money. You could be a thousand-dollar person or a hundred-dollar person -- even a ten-, five-, or one-dollar person. Below that, everybody was just nickels and dimes. To my dad, we were pennies. Fourteen-year-old Manny Hernandez wants to be more than just a penny. He wants to be a vato firme, the kind of guy people respect. But that′s not easy when your father is abusive, your brother can′t hold a job, and your mother scrubs the house as if she can wash her troubles away. In Manny′s neighborhood, the way to get respect is to be in a gang. But Manny′s not sure that joining a gang is the solution. Because, after all, it′s his life -- and he wants to be the one to decide what happens to it. Read Less

Goodreads reviews for Parrot in the Oven: Mi vida (Cover May Vary)

Parrot in the Oven: mi vida