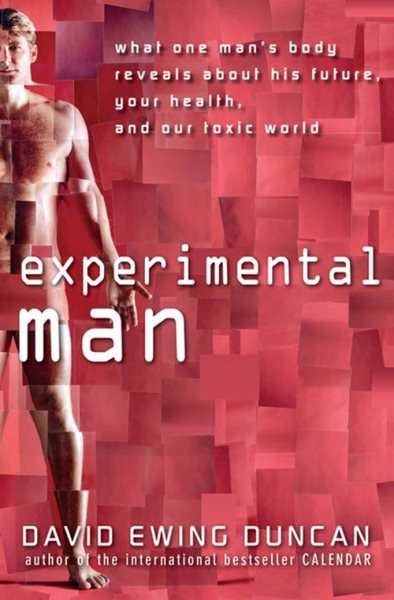 Journalist, radio correspondent, and noted science author Duncan takes readers along with him as he endures countless blood tests, brain scans, DNA analysis, and other tests to obtain a detailed profile of his true physical condition. This example of "guinea pig journalism" is both fascinating and thought-provoking because, in addition to detailing several aspects of his life and possible future (such as a computer model-generated prediction of a heart attack by 2017), it also deals with ethical and moral issues, health, medicine, and life in the 21st century. Annotation ©2009 Book News, Inc., Portland, OR (booknews.com) Read More
Bestselling author David Ewing Duncan takes the ultimate high-tech medical exam, investigating the future impact of what's hidden deep inside all of usDavid Ewing Duncan takes ""guinea pig"" journalism to the cutting edge of science, building on award-winning articles he wrote for Wired and National Geographic, in which he was tested for hundreds of chemicals and genes associated with disease, emotions, and other traits. Expanding on these tests, he examines his genes, environment, brain, and body, exploring what they reveal about his and his family's future health, traits, and ancestry, as well as the profound impact of this new self-knowledge on what it means to be human.David Ewing Duncan (San Francisco, CA) is the Chief Correspondent of public radio's Biotech Nation and a frequent commentator on NPR's Morning Edition. He is a contributing editor to Portfolio, Discover, and Wired and a columnist for Portfolio. His books include the international bestseller Calendar: Humanity's Epic Struggle to Determine a True and Accurate Year (978-0-380-79324-2). He is a former special producer and correspondent for ABC's Nightline, and appears regularly on CNN and programs such as Today and Good Morning America. Read Less

Goodreads reviews for Experimental Man: What One Man's Body Reveals about His Future, Your Health, and Our Toxic World

Hernando De Soto: A Savage Quest in the Americas