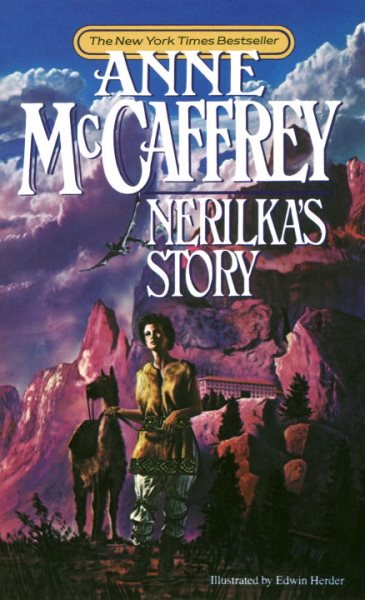 Ashamed of her father's refusal to help the others of Fort Hold, Nerilka helps Lord Alessan prepare a serum to combat a dreaded plague Read More
A deadly epidemic was sweeping across Pern! Everyone, holder and dragonrider alike, pitched in to help—except Nerilka’s father, who refused to share Fort Hold’s bounty with the other Holds. So, ashamed of her family and determined to do her part, Nerilka packed up medicines and supplies and sneaked off to aid her people. Her quest to help wherever she was most needed led her finally to Ruatha Hold, where Lord Alessan was frantically preparing the precious serum needed for mass inoculations against the dread plague. Nerilka had long ago abandoned her hope of marriage and a home of her own. Now she found happiness in being useful and appreciated—first the Healers and then Alessan made very clear that they were grateful for her help. She had no idea that her new path would change the course of her life forever! Read Less