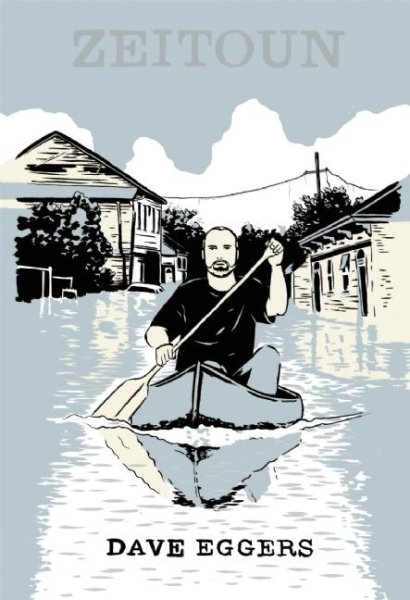 Describes how Abdulrahman Zeitoun remained in New Orleans during Hurricane Katrina, his subsequent efforts to help other victims, his disappearance a week later, and the effect of these events on his wife Kathy and their children. Read More
When Hurricane Katrina struck New Orleans, Abdulrahman Zeitoun, a prosperous Syrian-American and father of four, chose to stay through the storm to protect his house and contracting business. In the days after the storm, he traveled the flooded streets in a secondhand canoe, passing on supplies and helping those he could. A week later, on September 6, 2005, Zeitoun abruptly disappeared. Eggers’s riveting nonfiction book, three years in the making, explores Zeitoun’s roots in Syria, his marriage to Kathy &#151; an American who converted to Islam &#151; and their children, and the surreal atmosphere (in New Orleans and the United States generally) in which what happened to Abdulrahman Zeitoun was possible. Like What Is the What, Zeitoun was written in close collaboration with its subjects and involved vast research &#151; in this case, in the United States, Spain, and Syria. Read Less

A Heartbreaking Work Of Staggering Genius : A Memoir Based O...

Heroes of the Frontier