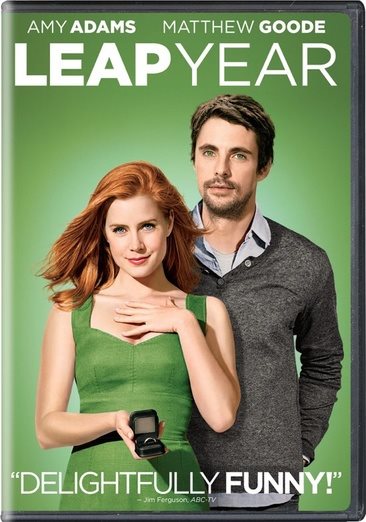 When a woman is hurt by her boyfriend's lack of a marriage proposal on their four-year anniversary, she flies to Ireland to propose to him on Leap Day and meets a man who helps her get across the country. Read More
"When their four-year anniversary passes without a marriage proposal, Anna decides to take matters into her own hands. Investing in an Irish tradition that allows women to propose to men on February 29th, Anna decides to follow her boyfriend Jeremy to Dublin to get down on one knee herself. But airplanes, weather and fate leave Anna stranded on the other side of Ireland, and she must enlist the help of handsome and surly Declan to get her across the country. As Anna and Declan bicker across the Emerald Isle, they discover that the road to love can take you to very unexpected places." Read Less