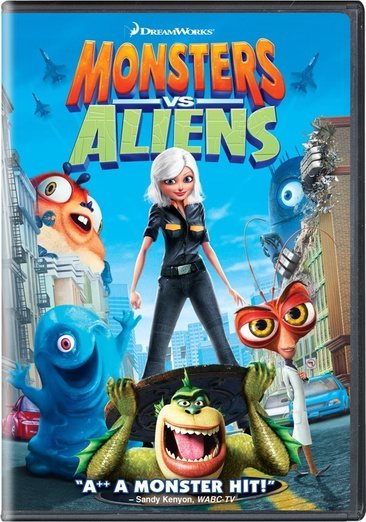 After she is hit by a meteor and turns into a giant, Susan Murphy is taken to a secret military base with other monsters the government has collected where they are called into action to save Earth from alien invaders. Read More
After Susan Murphy (voiced by Witherspoon) is struck by a meteor and grows to be 50-feet tall, she's captured by the government and shuttled to a secret compound where she meets a team of other monsters - soon to be Earth's only defense when an alien attacks. Under orders from the president (Colbert), Susan and her cohorts Dr. Cockroach (Laurie), the Missing Link (Arnett) and B.O.B. (Seth Rogen) set out to save the world. Read Less