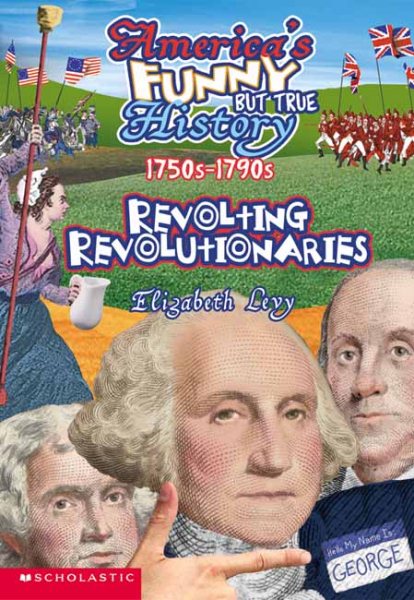 Presents numerous personalities of the revolutionary period, including George Washington, John Hancock, and Thomas Paine, accompanied by information about the events leading to and including the Revolutionary War. Read More
This illustrated nonfiction series is a rollicking read through the fascinating, the funny, the absolutely awesome, and the positively wacky world of American history.The American colonies have had enough of British governance, British taxes, even British tea. They've decided it's time to form a United States of America.Sounds like war . . . Revolutionary War!From battlefield to Congress, the fight is on to win independence for the 13 colonies. And movers and shakers like George Washington, Thomas Jefferson, Alexander Hamilton, and the Adams family are leading the charge! Read Less

The Case of the Tattletale Heart (Magic Mystery)

. . . If You Were There When They Signed the Constitution