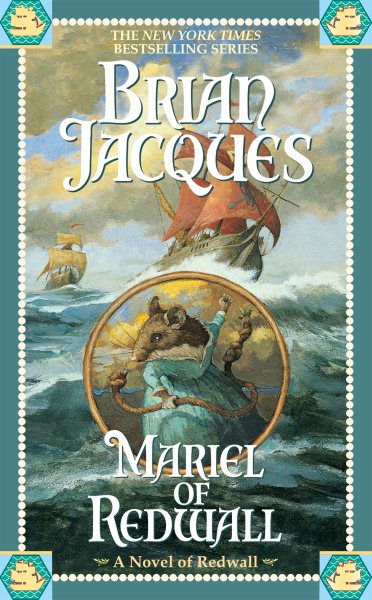 The mousemaid Mariel achieves victory at sea for the animals of Redwall Abbey, fighting the savage pirate rat Gabool the Wild, warlord of rodent corsairs Read More
New York Times bestselling author Brian Jacques gives us another tale of Redwall, filled with “The Knights of the Round Table with paws” (The Sunday Times) along with their friends and enemies.Gabool the Wild is the most feared rat ever to sail the high seas. As the pirate king he rules with a quick temper and a swift sword, terrorizing all who cross his path. Joseph the Bellmaker and his daughter, the mousemaid Mariel, are his latest victims. When their ship is attacked by the searats, Gabool takes Joseph’s marvelous bell among the booty, and casts him and his daughter overboard. Washed ashore, and suffering from memory loss, Mariel finds a home at Redwall Abbey. And when she recalls what happened to her and her father, she sets off with three Mossflower companions to confront Gabool—and make him pay for his crimes… Read Less

Goodreads reviews for Mariel of Redwall