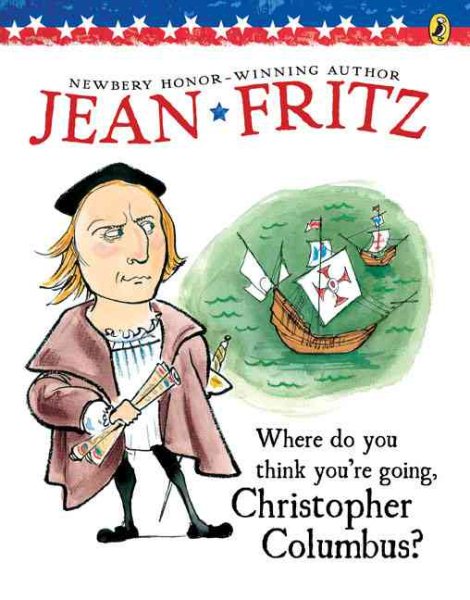 Discusses the voyages of Christopher Columbus who determined to beat everyone in the race to the Indies. Read More
Newbery Honor author Jean Fritz takes us on a historic tour of Christopher Colubus! "In a simple, short biography of Columbus she has been extraordinarily successful in extracting the essence of the man."—The Horn BookChristopher Columbus thought he knew where he was going. He had planned to be the first to cross the ocean and reach the rich lands of the Indies. And when he returned to Spain, he insisted to everyone who would listen that he'd succeeded. But that wasn't exactly true. Little did Columbus know that his mistake would come to be known as America!"Fritz's unconventional look at the great explorer who accidently discovered the New World reveals the navigator's obstinate as well as his visionary side."—School Library Journal Read Less

Goodreads reviews for Where Do You Think You're Going, Christopher Columbus?