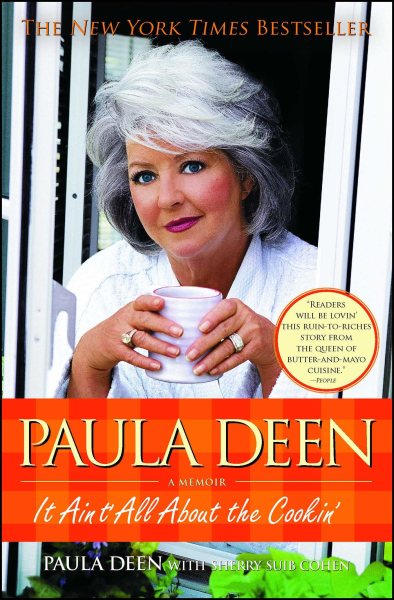 The popular Food Network personality shares stories from her private life, from the events that inspired her down-home values and the success secrets of her restaurant to her struggles with agoraphobia and a difficult marriage. Read More
• Fans love Paula Deen: Paula Deen: It Ain’t About the Cookin’ spent over 3 months on the New York Times bestseller list: there are over 500,000 hardcovers in print..• A superstar author: Paula Deen is an American icon. She is one of the most popular hosts on the Food Network and with more than 6 million books in print, an expanding restaurant empire, her own line of furniture, cookware, and tableware, Paula’s fame and retail power will only continue to grow..• Rags-to-riches, the real Paula Deen: Starting with only $200 and plenty of faith and courage, Paula achieved success beyond her wildest dreams. She speaks to readers as frankly about her struggles along the way, including her difficult first marriage and her battle with agoraphobia. .• Fairy tale marriage: Paula gives all the details on the romance with tugboat captain Michael Groover that ?captured the hearts of fans across the country. . Read Less

Goodreads reviews for Paula Deen: It Ain't All About the Cookin'