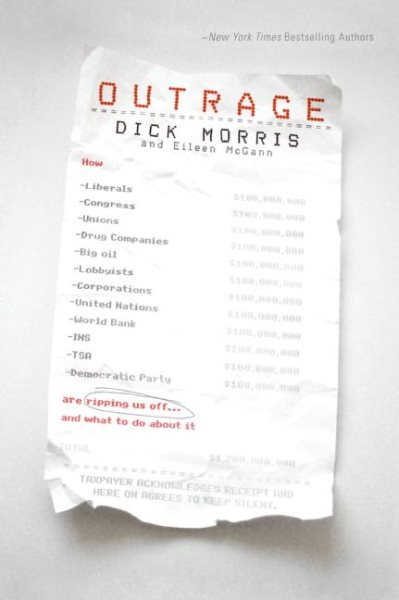 A conservative political analyst charges the government, big businesses, and others with engaging in corrupt practices that are costing taxpayers billions of dollars. Read More
Half of all illegal immigrants came into this country legally—and we have no way of knowing they’re still here!Congressmen are putting their wives on their campaign payrolls—so that campaign contributions are really personal bribes!The ACLU won’t allow its own directors free speech.Liberals want to strip us of the tools to stop terrorism.The UN is a cover for massive corruption—and eighty countries, who pay 12 percent of the budget, are blocking reform.Drug companies pay off doctors to write scripts—whether we need them or not.Teachers unions block the firing of bad teachers—and battle against higher education standards!Katrina victims are being stiffed by their insurance companies!Special interests cost our consumers $45 billion—through trade quotas that save only a handful of jobs!Never heard of these abuses? You won’t in the mainstream media. That’s why Dick Morris and Eileen McGann wrote Outrage. Their proposals: Ban immigration from terrorist countries Ban Congress putting spouses on their payroll Ban lobbyists who are related to senators or congressmen Ban nicotine additives to cigarettes Ban trade quotas that drive up prices and save few jobs Ban drug company bribes to doctors Ban teachers unions’ work rules that stop education reform Ban insurance companies from backing out on Katrina coverage In Outrage, you’ll get the facts—and learn what we can do about them. You won’t read about these outrages anyplace else; too many people are working hard to cover them up. Get them here instead—and learn how to fight the special interests of the left and right. Read Less

Goodreads reviews for Outrage: How Illegal Immigration, the United Nations, Congressional Ripoffs, Student Loan Overcharges, Tobacco Companies, Trade Protection, and Drug ... Ripping Us Off . . . And What to Do About It