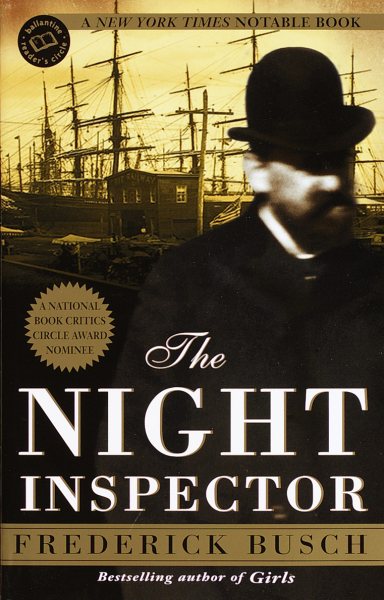 A maimed Civil War Veteran returns to New York from the war determined to make it and there meets a Creole prostitute and a deputy inspector of customs named Herman Helville. Reader's Guide enclosed. Reprint. Read More
An immensely powerful story, The Night Inspector follows the extraordinary life of William Bartholomew, a maimed veteran of the Civil War, as he returns from the battlefields to New York City, bent on reversing his fortunes. It is there he meets Jessie, a Creole prostitute who engages him in a venture that has its origins in the complexities and despair of the conflict he has left behind. He also befriends a deputy inspector of customs named Herman Melville who, largely forgotten as a writer, is condemned to live in the wake of his vanished literary success and in the turmoil of his fractured family.Delving into the depths of this country's heart and soul, Frederick Busch's stunning novel is a gripping portrait of a nation trying to heal from the ravages of war--and of one man's attempt to recapture a taste for life through the surging currents of his own emotions, ambitions, and shattered conscience. Read Less