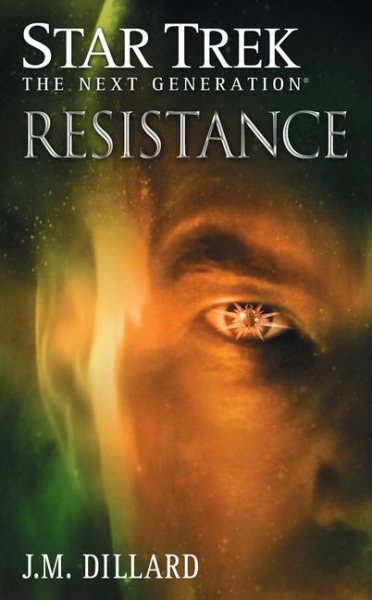 After the departure of first officer William Riker and ship's counselor Deanna Troi, Captain Picard and the newly repaired Enterprise are sent on a seemingly simple mission, but their assignment is complicated by the ruthless Borg Collective and by conflict between the Klingon World and the new ship's counselor, T'Lana, a highly decorated Vulcan officer. Original. Read More
An electrifying thriller starring Captain Jean-Luc Picard set in the Star Trek: The Next Generation universe.Captain Jean-Luc Picard, his ship repaired, must now reassemble his crew. With the departure of both William Riker and ship's counsellor Deannna Troi, the captain must replace his two most trusted advisors. He chooses a Vulcan, a logical choice, and for his new first officer, Worf. But the Klingon refuses the promotion and the new ship's counsellor appears to actively dislike Worf. A simple shake-down mission should settle everything. Except that once again, the captain hears the song of the Borg collective. Admiral Janeway is convinced that the Borg have been crushed and are no longer a threat. Picard believes she is wrong, and that if the Enterprise doesn't act the entire Federation will be under the domination of its most oppressive enemy. Read Less

Goodreads reviews for Resistance (Star Trek: The Next Generation)