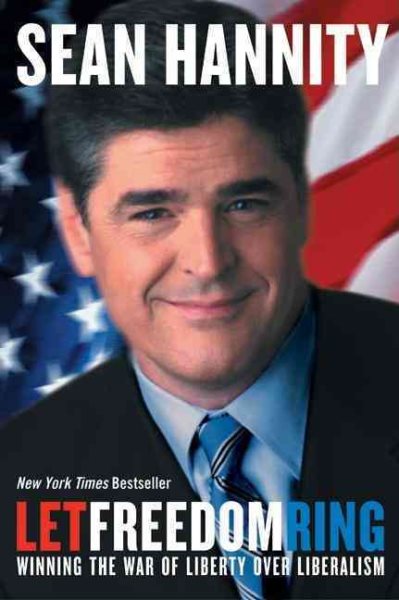 The conservative talk radio personality offers a personal survey of the world's political, social, and cultural arenas while drawing on stories from his own life. Read More
As Americans, we face two fundamental questions:First, are we truly prepared to fight this new war to wipe out terrorism and terrorist regimes, and win it decisively -- no matter what sacrifices it requires or how long it takes?Second, are we once again prepared to teach our children the fundamental principles and values that make this country great -- the values that make this country worth fighting for, living for, and dying for?Sean Hannity is the hottest new phenomenon in TV and talk radio today. His gutsy, take-no-prisoners interviews and commentary on the Fox News Channel's Hannity & Colmes have made him one of cable television's most popular personalities. And his ascendance to the top of the talk radio world with ABC Radio's The Sean Hannity Show has won him a huge and devoted following that includes not only conservatives but anyone else who values straight talk over pandering and excuses.Now, in Let Freedom Ring, Sean Hannity offers a survey of the world -- political, social, and cultural -- as he sees it. Devoting special attention to 9/11, the war on terror, and the continuing threat we face at home and abroad, he makes clear that the greatest challenge we have to overcome may not be an attack from overseas, but the slow compromising of our national character. And he asks why, particularly in this time of war, should we entrust our future to the voices of the Left -- the very people who have spent decades ravaging so many of our core values and traditions?Our nation, as Hannity reminds us, was founded on the idea of freedom. And in order to protect our freedoms, he argues, we must stand vigilant against liberal attempts to compromise our strengths. From our military and intelligence forces, to our borders and airports, to our unified commitment to root out terrorists at home and abroad, he reveals how our strongest lines of defense have come under attack -- by left-wing voices within our government, media, schools, and elsewhere. And he shows how even domestic issues like taxation, education, patriotism, and the family have been exploited by liberals with their own agendas -- with potentially disastrous results.Filled with the commonsense commentary and passionate argument that have made Sean Hannity the most compelling conservative voice since Rush Limbaugh, Let Freedom Ring is an urgent call to arms. For, as Hannity warns, "We are engaged in a war of ideas. And civilization is at stake." Read Less

Goodreads reviews for Let Freedom Ring: Winning the War of Liberty over Liberalism