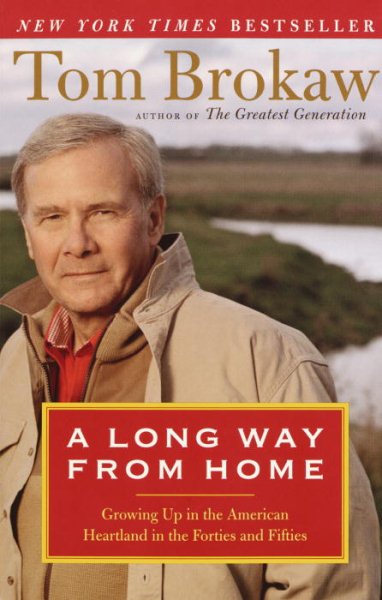 The television journalist describes life growing up in the heart of the American Midwest and his early journalism career in the 1960s, reflecting on the people, places, culture, and values that shaped him and continue to shape him today. Read More
In A Long Way from Home, Tom Brokaw describes his childhood and youth in South Dakota, and the people and places in the American heartland of the 1940s and 1950s that continue to shape his life today. As he reflects on the American experience as he lived and observed it during the central decades of the twentieth century, Brokaw writes of his parents’ lives during the Great Depression, his boyhood along the Missouri River, the happy days of his adolescence in Yankton, and his early years in broadcast journalism on the cusp of the turbulent 1960s. As he recounts his own American pilgrimage, Tom Brokaw also explores what brought him and so many Americans to lead lives a long way from home, yet forever affected by it. Read Less

Goodreads reviews for A Long Way from Home: Growing Up in the American Heartland in the Forties and Fifties