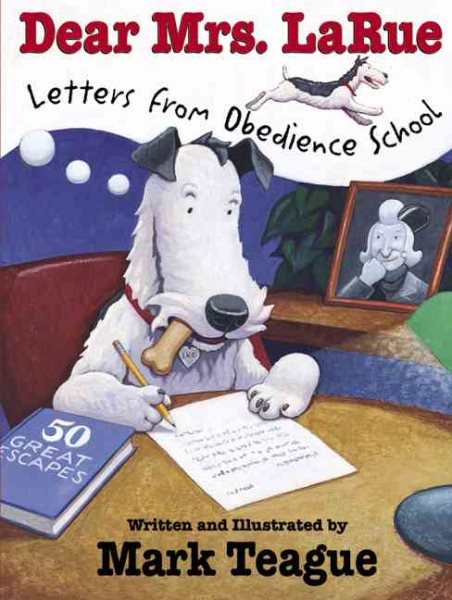 Gertrude LaRue receives typewritten and paw-written letters from her dog Ike, entreating her to let him leave the Igor Brotweiler Canine Academy and come back home. Read More
When Ike Larue is "imprisoned" at the Igor Brotweiler Canine Academy, he tries everything to get sent home--weepy letters to his owner, even illness. In reality, Brotweiler is more like camp than prison, but still, Ike's not cut out for life w/o Mrs. Larue & his creature comforts. Finally, he runs away only to find himself back in Snort City--just in time to save Mrs. Larue's life.Teague is at the top of his fetching form in this madcap comedy where the real world of Brotweiler & the one Ike imagines are brilliantly depicted thru split-screen visuals, the former in color & the latter in b&w. Read Less

How I Spent My Summer Vacation (Dragonfly Books)

How Do Dinosaurs Play All Day?