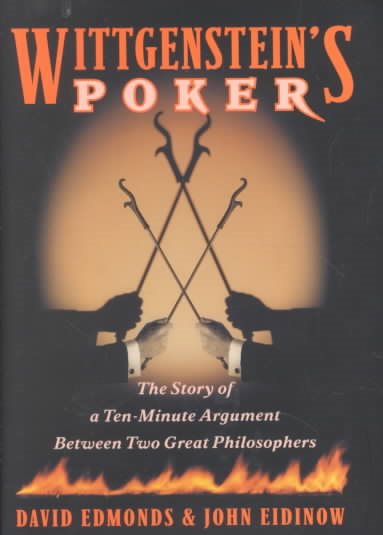 A blend of philosophy, history, biography, and literary detection brings to life the meeting of two great philosophers--Ludwig Wittgenstein and Karl Popper--on October 25, 1946 in Cambridge, England. Read More
On October 25,1946, in a crowded room in Cambridge, England, Ludwig Wittgenstein and Karl Popper came face-to-face for the first and only time. The encounter lasted just ten minutes, and did not go well.Their loud and aggressive confrontation became the stuff of instant legend. Almost immediately, rumors spread around the world that the two great philosophers had come to blows, armed with red-hot pokers.Twenty years later, when Popper wrote an account of the incident, he portrayed himself as the victor, provoking intense disagreement. Everyone present seems to have remembered events differently.What really happened in those ten minutes? And what does the violence of this brief exchange tell us about these two men, modern philosophy, and the significance of language in solving our philosophical problems?Wittgenstein's Pokeris an engaging mix of philosophy, history, biography. and literary detection. David Edmonds and John Eidinow evoke with dazzling clarity the tumult of fin-de-siècle Vienna, Wittgenstein's and Popper's birthplace; the tragedy of the Nazi takeover of Austria; and Cambridge University, with its eccentric set of philosophy dons, including Bertrand Russell, who acted as umpire at the meeting. At the center of the story stand the two philosophers themselves -- proud, irascible, larger-than-life -- and spoiling for a fight. Read Less

Goodreads reviews for Wittgenstein's Poker: The Story of a Ten-Minute Argument Between Two Great Philosophers