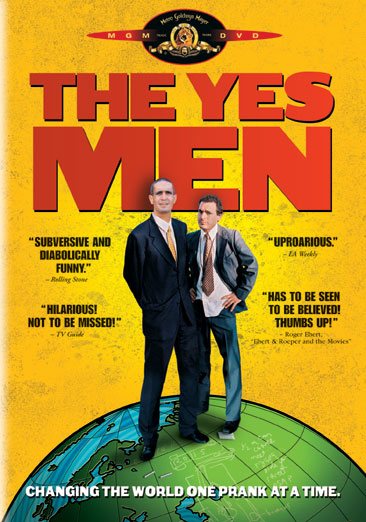 The comedic adventures of prankster anti-globalization activists called the Yes Men who pose as members of the World Trade Organization. Read More
With poker-faced impersonation as their weapon, and World Trade Organization officials as their target, the Yes Men pull off one bold prank after another in an effort to raise political consciousness. And when their outrageous stunts are actually swallowed - hook, line and sinker - the Yes Men must up the satirical ante and push the art of public spectacle to hilarious new heights. Read Less

The Yes Men: The True Story of the End of the World Trade Or...