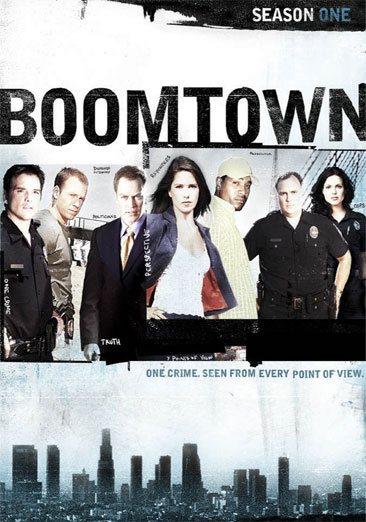 Los Angeles based crime drama in which each criminal act is viewed from all possible points of view, from witnesses, police, media, and even the criminals themselves. Read More
One of TV's most acclaimed series comes to DVD. One crime. Different points of view. Until you've seen them all, you won't know the truth. From the creators of Speed and Band of Brothers comes the critically acclaimed series Boomtown. On the tough streets of L.A., detectives wage a daily war on crime. But the cops aren't the only ones with a story to tell. There are the victims, the rescue team, the D.A., the media, even the criminal. Boomtownsees them all. 18 episodes on 5 discs. Read Less