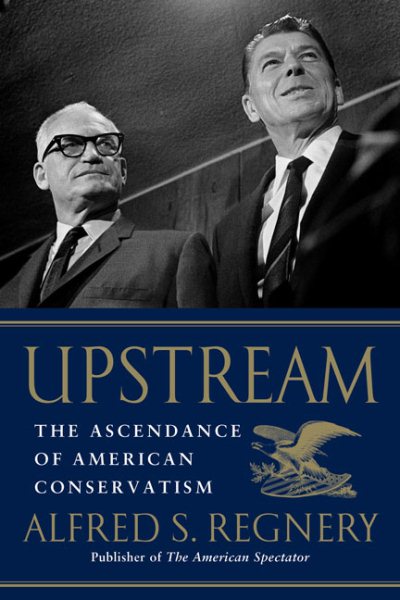 An account tracing the course of the American conservative movement through the twentieth century, noting the contributions of key intellectuals, businessmen, and writers. Read More
Alfred S. Regnery, the publisher of The American Spectator, has been a part of the American conservative movement since childhood, when his father founded The Henry Regnery Company, which subsequently became Regnery Publishing -- the preeminent conservative publishing house that, among other notable achievements, published William F. Buckley's first book, God and Man at Yale. Including many uniquely personal anecdotes and stories, Regnery himself now boldly chronicles the development of the conservative movement from 1945 to the present. The outpouring of grief at the funeral of Ronald Reagan in 2004 -- and the acknowledgment that Reagan has come to be considered one of the greatest presidents of the twentieth century -- is Regnery's opening for a fascinating insider story. Beginning at the start of the twentieth century, he shows how in the years prior to and just post World War II, expanding government power at home and the expanding Communist empire abroad inspired conservatives to band together to fight these threats. The founding of the National Review, the drive to nominate Barry Goldwater first as vice-president and later as president, the apparent defeat of the conservative movement at the hands of Lyndon Johnson, and the triumphant rise of Ronald Reagan from the ashes are all chronicled in vivid prose that shows a uniquely intimate knowledge of the key figures. Regnery shares his views on the opposition that formed in response to Earl Warren's Supreme Court rulings, the role of faith (both Roman Catholic and Evangelical) in the renewed vigor of conservatism, and the contributing role of American businessmen who attempted to oppose big government. Upstream ultimately gives perspective to how the most vibrant political and cultural force of our time has influenced American culture, politics, economics, foreign policy, and all institutions and sectors of American life. Read Less

Goodreads reviews for Upstream: The Ascendance of American Conservatism

Upstream: The Ascendance of American Conservatism