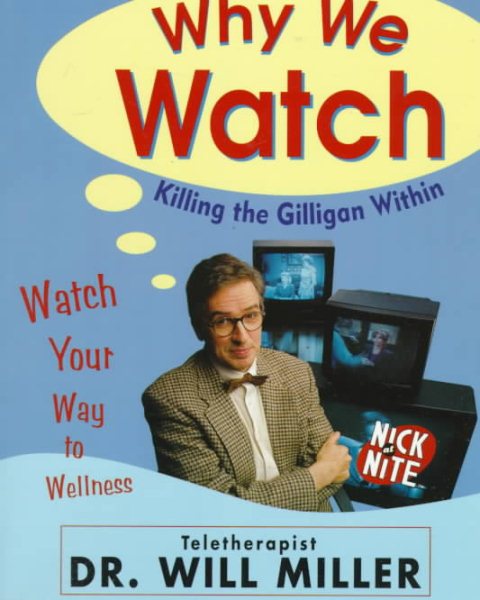 A humorous look at television programs analyzes the psychological themes behind such shows as "I Love Lucy," "The A-Team," "Beavis and Butt-Head," and "The Partridge Family" Read More
"I believe the American television rerun is the path to personal peace." -- Dr. Will Miller What did ten years of watching Scooby Doo do to your psyche? Are you psychologically sick if you liked Cindy better than Marcia on The Brady Bunch? What does Frasier tell you about your own dysfunctional family patterns? Dr. Will Miller explains it all in this hilarious self-help guide to our teleconscious. Studies show that Miller's exciting new technique called Teletherapy can help you balance your inner Moe, Larry, and Curly, relax your inner Incredible Hulk; and explore other complex issues such as: Denial -- Shindig or Rush Limbaugh: two decisive strategies! Parenting -- today's Dennis the Menace, tommorow's Eddie Haskell, next year's America's Most Wanted! The Oedipal Complex -- The Rifleman: Lucas McCain as Freudian nightmare! The New Masculinity -- why is Ralph Kramden crying for help and displaying Intermittent Explosive Disorder? Plus: in-depth analyses of your favorite TV shows reveal the hidden psychological themes that make us want to watch shows like: MTV's Beavis and Butt-head, I Love Lucy, The A-Team, The Andy Griffith Show, Star Trek, Father Knows Best, The Twilight Zone, Flipper, and more! Read Less

Goodreads reviews for Why We Watch: Killing the Gilligan Within

The Gates of the Alamo