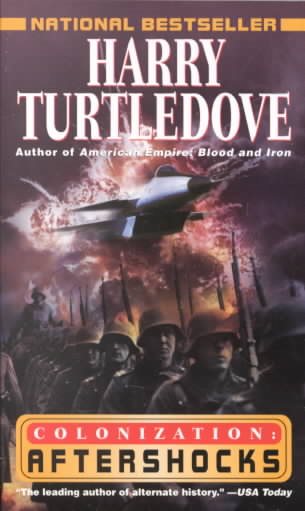 Four superpowers--the United States, Russia, Nazi Germany, and the aliens of the Race--vie for control of the planet in the 1960s, until the nations of Earth unite in an all-out battle against the alien invaders. Read More
“ONE OF THE MOST MEMORABLE SERIES OF ALTERNATIVE HISTORY NOVELS EVER WRITTEN.”–Science Fiction Age World War II has evolved into decades of epic struggles and rebellions targeting the aliens known as the Race. As the 1960s begin, one of Earth’s great powers launches a nuclear strike against the Race’s colonization fleet–and the merciless invaders find themselves confronting a far more complex and challenging species than any they have encountered before. Ultimately, only superior firepower may keep Earth under the Empire’s control–or it may destroy the world. While uprisings and aftershocks of war shake the planet, one nation plots a stunning counterattack . . .“Hugo winner Turtledove lives up to his billing as the grand master of alternative history. . . . This novel is altogether excellent.”–Publishers Weekly (starred review) Read Less