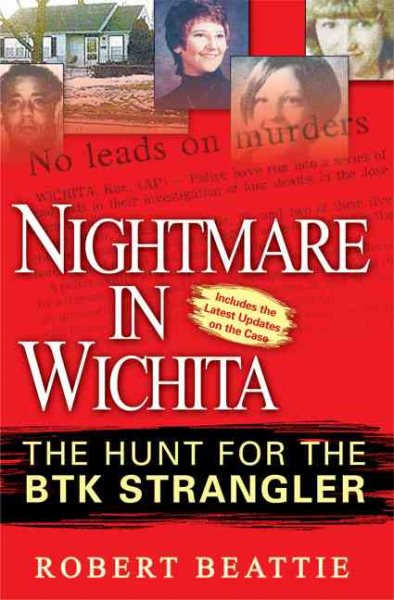 Presents the story of the five-year murder spree by the BTK strangler in Wichita, Kansas, the thirty-year investigation, and the final breakthrough in 2005 which led to the arrest of a suspect. Read More
Lawyer and educator Robert Beattie carefully lays out all of the evidence as well as the false leads in the detailed and dogged investigation of the Wichita serial murderer who called himself BTK, an abbreviation of his MO--Bind, Torture, Kill. Beattie's detailed coverage of the case begins in 1974 with the first series of murders, and ends with the arrest of the alleged perpetrator, Dennis Rader, in February 2005. Beattie's book, begun as a project for a university class he was teaching, is the first to focus on this notorious killer. It is possible that publicity surrounding the upcoming book may be what inspired BTK to begin sending messages to the police again after 25 years of silence, messages which eventually led to Rader's arrest. The book contains an insert of black-and-white photos, including a picture of Rader. Read Less

Goodreads reviews for Nightmare in Wichita: The Hunt For The BTK Strangler