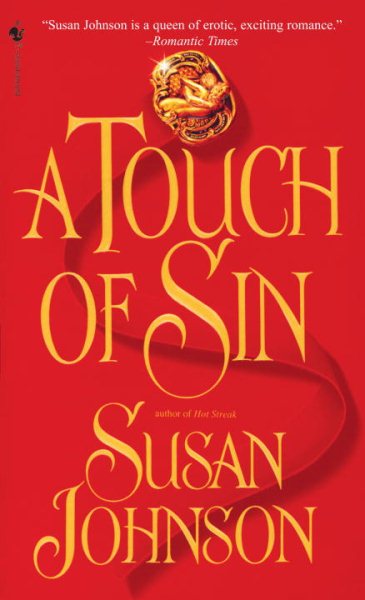 Locked in a Parisian apartment with the corpse of a murdered man after being abducted, Beatrix Grosvenor is discovered by the charismatic Pasha Duras, a renowned libertine, and together they set out to discover the enemies behind the evil plot, with the l Read More
Author of a dozen national bestsellers, award-winner Susan Johnson beguiles once more with this breathtaking novel, a blend of scandalous adventure, sensual love, and more than just... A Touch of Sin.Beatrix Grosvenor couldn't have been caught in a more compromising position: locked in a Parisian apartment with the body of a murdered man.  She could only hope that the charismatic stranger who found her would believe her story of abduction and assassination, and free her to return to her young son in England.But Pasha Duras was not about to let her escape so easily.  The renowned libertine didn't believe Trixi's fanciful tale, but there was no denying the temptation of her beauty.  He would accompany her home, on a sensual journey that would begin with the most tantalizing of seductions--and end with a dangerous discovery.Trixi's enemies were real.  Her child was at their mercy... and Pasha's newly awakened heart may prove to be his undoing. Read Less

Goodreads reviews for A Touch of Sin (St. John-Duras)