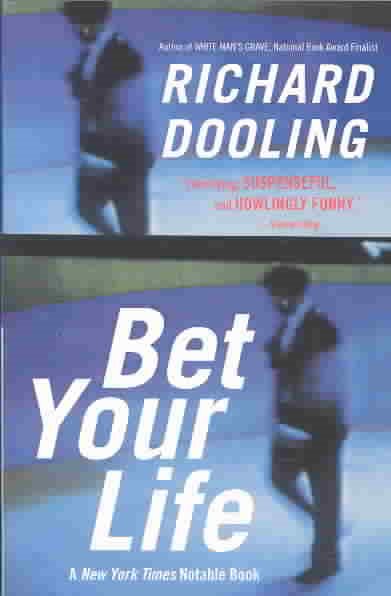 Investigating the death of a fellow insurance fraud worker, Carver Hartnett wonders about a case involving a terminally ill man who sold his policy to an investor, while Miranda Pryor delves into the disturbing secrets behind her own career moves. Reprint. 30,000 first printing. Read More
A terminally ill man sells his life insurance policy for cheap to an investor who will collect the full amount when the sick man dies.But is the sick man really sick? Does he even exist? In the age of AIDS and no-holds-barred capitalism, the business of betting on how much longer sick people will live is thriving. Is this new market in which life insurance policies are bought and sold a legitimate enterprise, or is it an open invitation to fraud and murder?Carver Hartnett, Miranda Pryor, and Leonard Stillmach all work for Reliable Allied Trust, in Omaha, where they investigate insurance fraud. Carver -- the narrator of this edgy and surprising novel -- is frustrated. His company would rather raise premiums than prosecute insurance criminals. Miranda, his seductive coworker, leads him on and then puts him off -- she seems to have something monstrous to hide. When their friend, crazy Lenny, a computer gamer and an expert with drug-and-alcohol cocktails, dies in the middle of playing Delta-Strike online, a strange and disturbing narrative unfolds around a possible murder and massive insurance fraud. Carver is drawn deeper into various hearts of darkness, and in his efforts to discover the truth behind his friend's death, he ends up betting his own life.Filled with memorable characterizations -- Carver's boss, the shrewd Old Man Norton; Dagmar Helveg, Norton's fascist assistant; regional investigator Charlie Becker, a plain-talking, commonsense cop -- Bet Your Life conducts a stealthy philosophical investigation of its own, in which our hero ends up investigating the mysteries of his soul. Read Less

Goodreads reviews for Bet Your Life