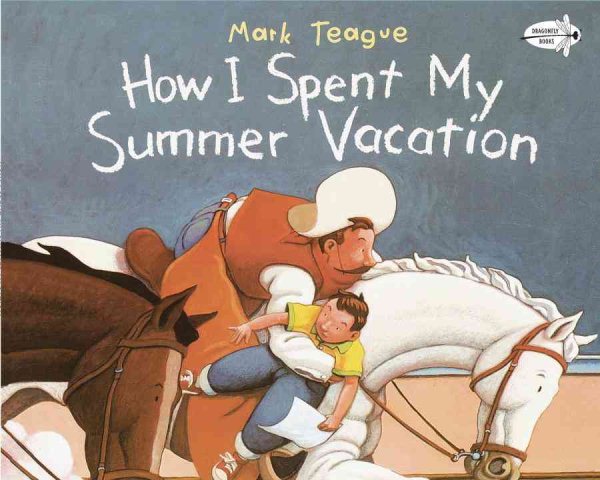 A schoolboy tell his class about his summer vacation, during which he joined a group of cowboys and stopped a cattle stampede Read More
One kid's wildly funny twist on the "How I spent my summer vacation" school-essay ritual shakes up a dull classroom in this picture book that’s perfect for back-to-school!Most kids go to camp over the summer, or to Grandma's house, or maybe they're stuck at home. Not Wallace Bleff.  He was supposed to visit his Aunt Fern. Instead, Wallace insists, he was carried off by cowboys and taught the ways of the West--from riding buckin' broncos to roping cattle. Lucky for Aunt Fern, he showed up at her house just in time to divert a stampede from her barbecue party!  Perfect for back-to-school read-alouds, here's a western fantasy with sparkling illustrations and enough action to knock kids' boots off! Read Less

Goodreads reviews for How I Spent My Summer Vacation (Dragonfly Books)

How Do Dinosaurs Play All Day?