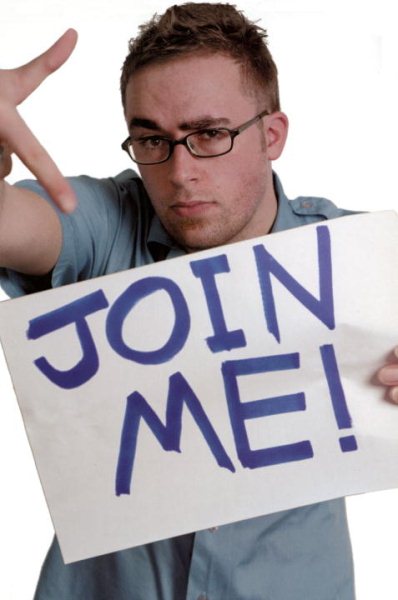 A BBC journalist describes how he accidentally created a cult by placing an ad in a small London paper that simply said "Join Me," detailing the thousands of replies to his ad, his evolution into the role of "The Leader," and his offbeat efforts to create a Utopian society, amid the furor of newfound celebrity. Original. 50,000 first printing. Read More
Danny Wallace was bored. Just to see what would happen, he placed a whimsical ad in a local London paper. It said, simply, “Join Me.” Within a month, he was receiving letters and emails from teachers, mechanics, sales reps, vicars, schoolchildren and pensioners—all pledging allegiance to his cause. But no one knew what his cause was. Soon he was proclaimed Leader. Increasingly obsessed and possibly power-crazed, Danny risked losing his sanity and his loyal girlfriend. But who could deny the attraction of a global following of devoted joinees? A book about dreams, ambition, and the responsibility that comes with power, Join Me is the true story of a man who created a cult by accident, and is proof that whilst some men were born to lead, others really haven't got a clue. Read Less

Goodreads reviews for Join Me!