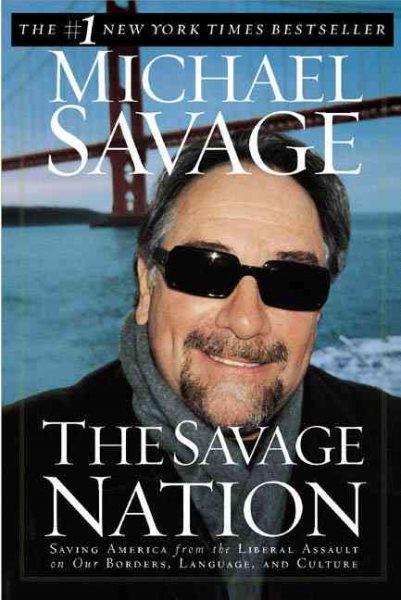 The controversial radio talk show host presents his views on American culture and society, arguing the need for a return to traditional American values. Read More
From the best-selling, conservative author of Abuse of Power, Liberalism is a Mental Disorder,Trickle Down Tyranny, Trickle Up Poverty, and A Time for War, comes a bold foray into the dangerous game of politics, media, and the changing course of American culture.In this raucous and unapologetic manifesto, Michael Savage illustrates how years of liberal brainwashingfrom the media, politicians, and left-wing punditshave changed the direction of America, for the very worst.Each week almost eight million radio listeners across the nation tune in to "The Michael Savage Show." His fearless and passionate assault on liberal thought and politics addresses everything from illegal immigrants to PETA, from the "Hollywood idiots" to that "international government" that is the United Nations.In his trademark in-your-face style, Savage reinforces patriotism, family, and "American values", laying out a plan to once again reclaim our country's identity. Read Less

Goodreads reviews for The Savage Nation: Saving America from the Liberal Assault on Our Borders, Language, and Culture